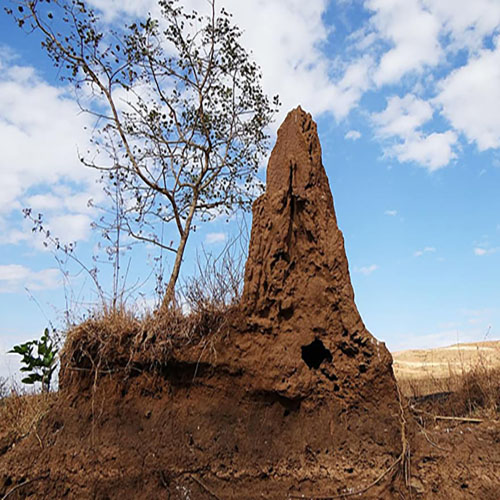 Termites jam out to rock music

A study from an Australian group of scientists in 2004 shows that termites eat wood faster when rock music plays.  Why?  The frequency outputs of bass and electric guitars create a vibration in the wooden blocks that mimics the vibration caused by termites feeding which makes them think that the wood is a safe source of food.

Too many mouths to feed

Termite queens will produce between 6,000-7,000 eggs in just one day.   One queen of a termite found in Africa was producing eggs at a rate of one every two seconds.   That would amount to 43,000 eggs a day if she never took any breaks.

Red harvester ant queens can live up to 30 years according to a study published in 2013.  However, the crown goes to termite queens which can live for up to 50 years.

Faster than a speeding bullet?

A professor at the University of Florida once shot a pellet from an air rifle to see if a male horsefly could catch it.  Flying at around 90 mph, he caught the pellet, setting the record for insects.

Insects were inhabiting the earth for almost 170 million years before dinosaurs ruled.  The oldest partial insect fossil, a set of jaws, dates back over 400 million years making them one of the first creatures to transition from sea to land.

Insects inhabit every single continent on earth including Antarctica.  A tiny fly is the only true insect species that inhabits it.  It has adapted its body to be able to withstand the freezing temperatures.