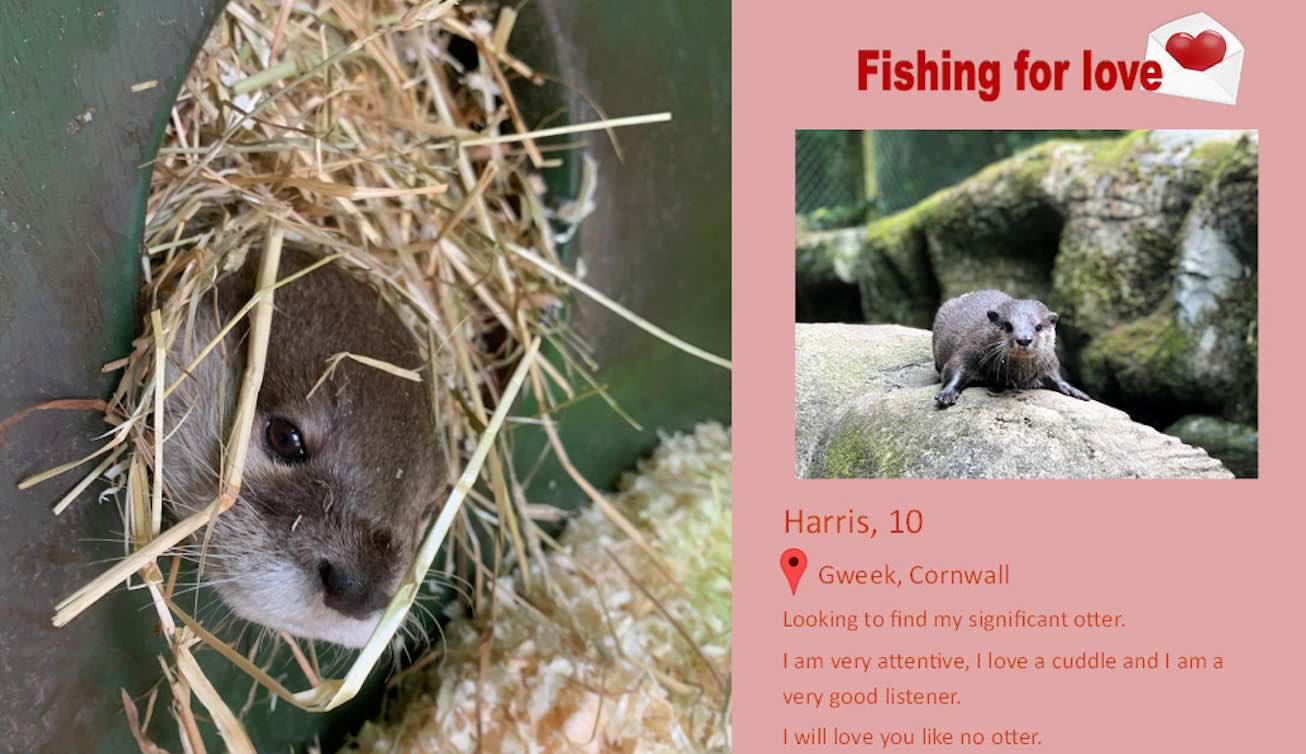 Harris, an Asian short-clawed otter, became single after Apricot, his mate for four years, recently passed away. The keepers at the sanctuary desperately wanted to find him a new mate, so they created a website “Fishing for Love” just for him.

The staff at Cornish Seal Sanctuary, in England, made the dating profile for him highlighting all his best attributes in the hopes of finding him someone to love. The team received photos back from a female otter named Pumpkin who had recently lost her partner Eric.

They were anxiously awaiting their first date. Experts say that the introduction of Asian short-clawed otters can be quite difficult and that to ensure the best chance for a new pairing it is best to introduce the male into a female’s territory so that the male will submit to the female more easily on their first meeting.

Because of this, Harris will be moving permanently to Pumpkin’s enclosure at Scarborough Sea Life.

According to Scarborough Sea Life “there was certainly something that ticked all the boxes for our female otter Apricot, and after a few days of careful introductions they settled in beautifully together.” Tamara Cooper, the curator of the Cornish Seal Sanctuary said “Harris came to us from the Welsh Mountain Zoo in 2016 after being rejected by his family. We will be very sad to see Harris go as he is such a character but we will be keeping in touch regularly to see how him and Pumpkin get on.”

Here’s to hoping that they will have a long and happy life together.